Amidst the European Heritage Days celebration, held on the last weekend of each September, a delicious Marriott Bonvoy Moment was organized by the Sheraton Rhodes Resort to offer valued members the unique opportunity to explore the amazing history of the island of Rhodes and its culinary traditions. 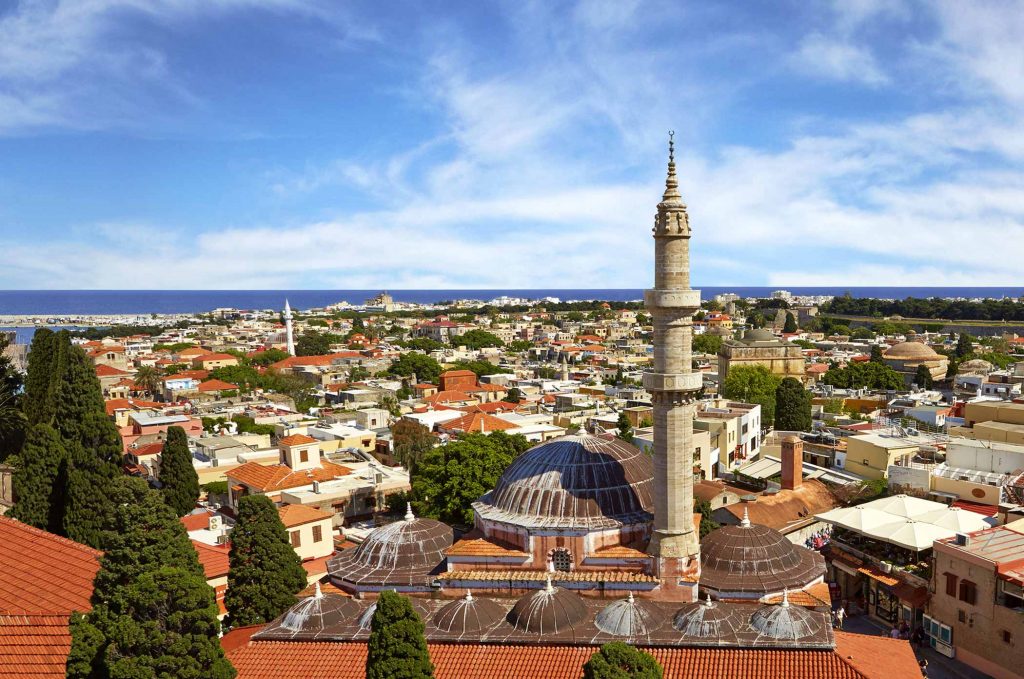 The journey started with arrivals on Friday, September 27th, 2019, and a welcome cocktail at the very heart of the hotel’s life, the Knights’ Bar, with signature cocktails and a warm gathering. After an energizing breakfast at the dedicated Marriott Bonvoy area of Castellania, our main restaurant, the group departed for the Medieval City of Rhodes, a UNESCO World Heritage Site. 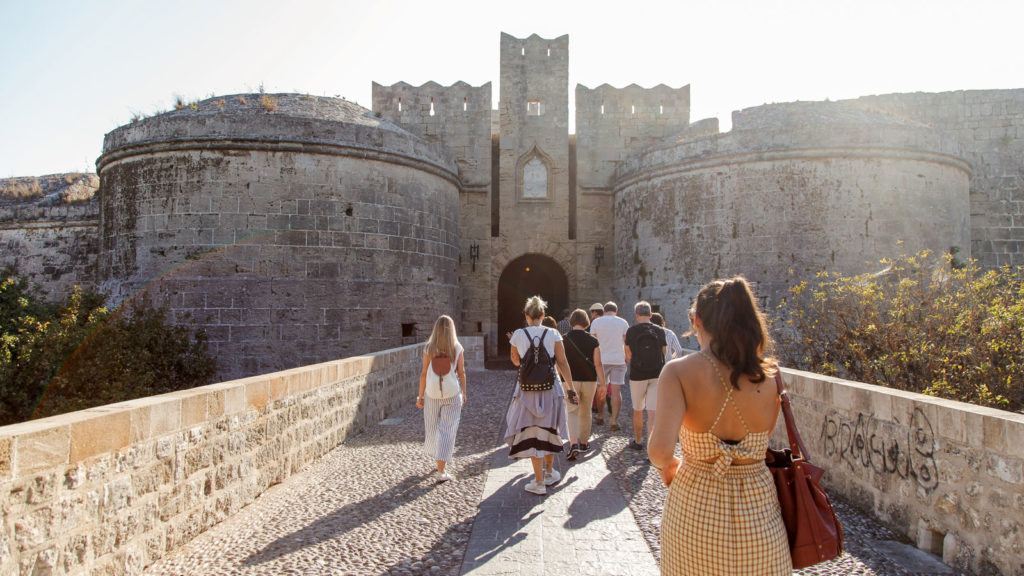 Entering the walled city through the D’Amboise Gate, crossing the bridge over the impressive moat, the guests were guided through the Gate of Canons to the majestic Palace of the Grand Master! A restored but grandiose version of the original Palace that was destroyed by an unfortunate explosion some 170 years ago, the current Palace of the Grand Master is an impressive work of the Italian era of the islands, rebuilt with the most fine artistry and antiquities from the surrounding islands, full of mosaics, statues and walls dressed in history. 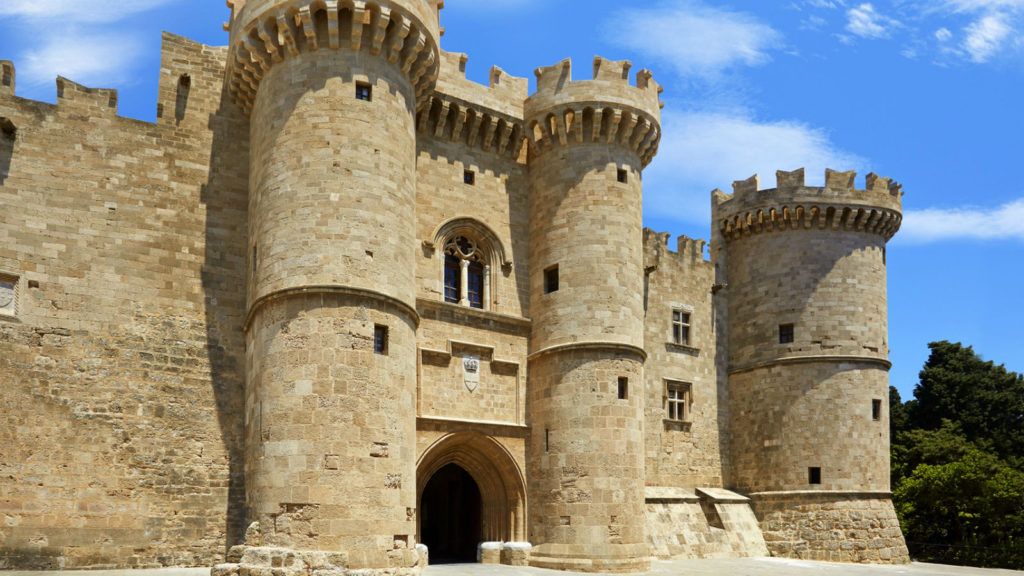 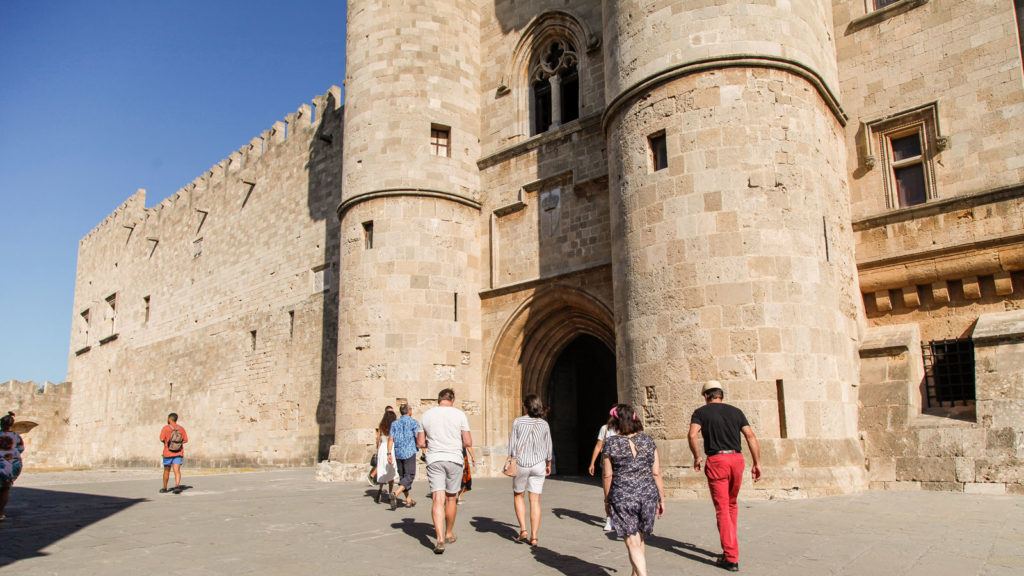 The group descended the famous Street of the Knights, the center of the Hospitaliers command and structure in the Middle Ages, when the Knights of St John were guarding the routes of trade and pilgrimage to the Holy Land, from the island of Rhodes. One of the oldest surviving medieval streets in the world, the Street hosted the headquarters of all the tongues of the knights, a miniature Europe, working together. 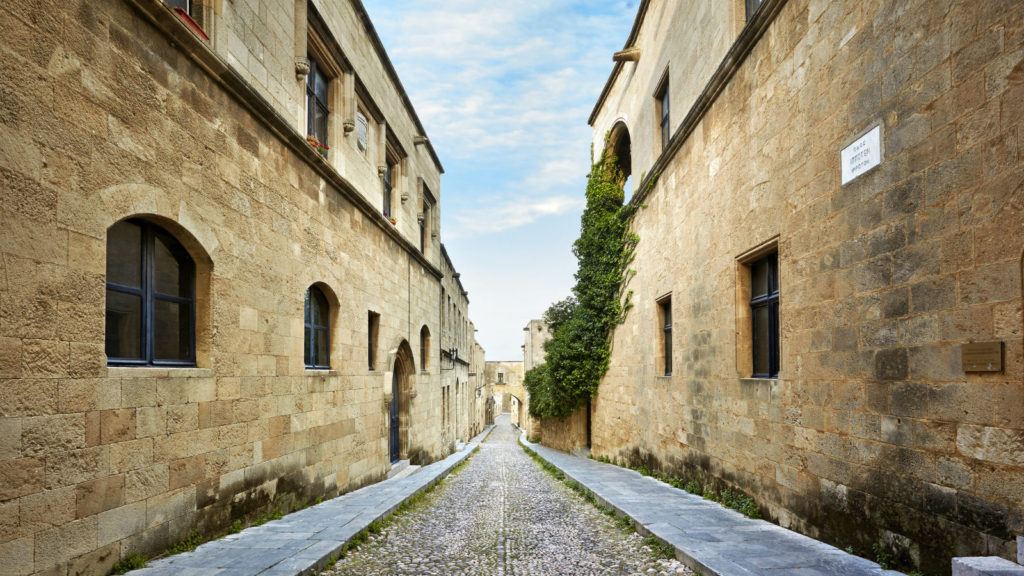 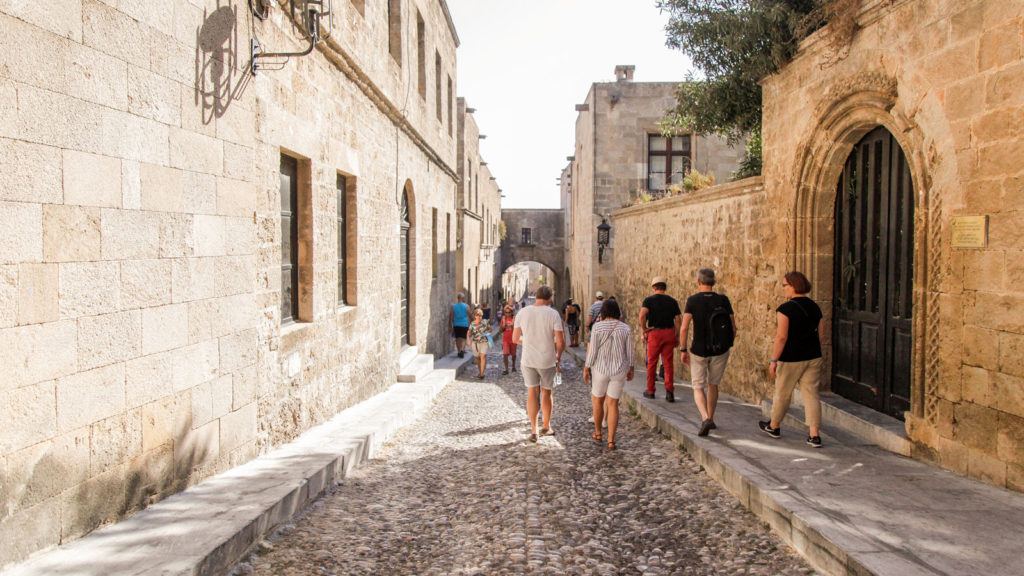 Next stop to the tour Lindos, with its small alleys, crowned by a centuries-old Acropolis, and then Kallithea Springs, a mid-war architectural setting, as inspiring as ever, where the group had a small picnic with traditional Greek delicacies, like ouzo, psilokouloura from Karpathos island, cherry tomatoes from Santorini island, split pea purée, olive paste, taramosalata, and some other surprises from our chefs. 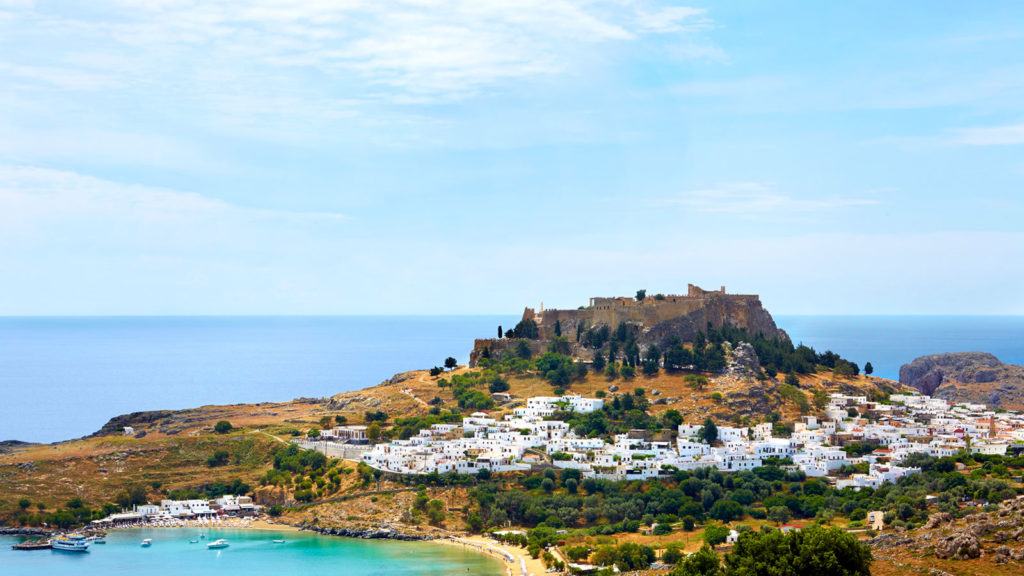 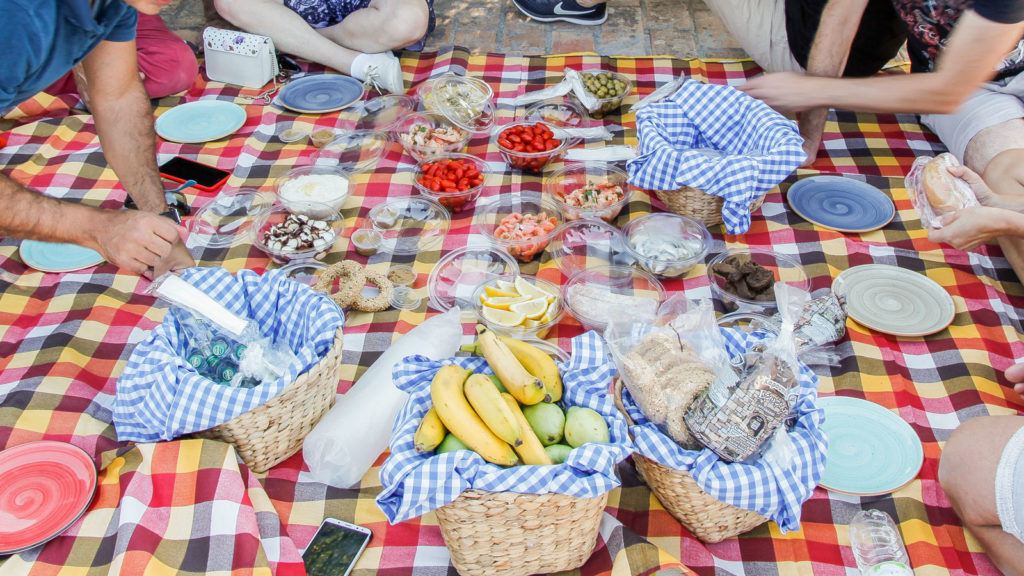 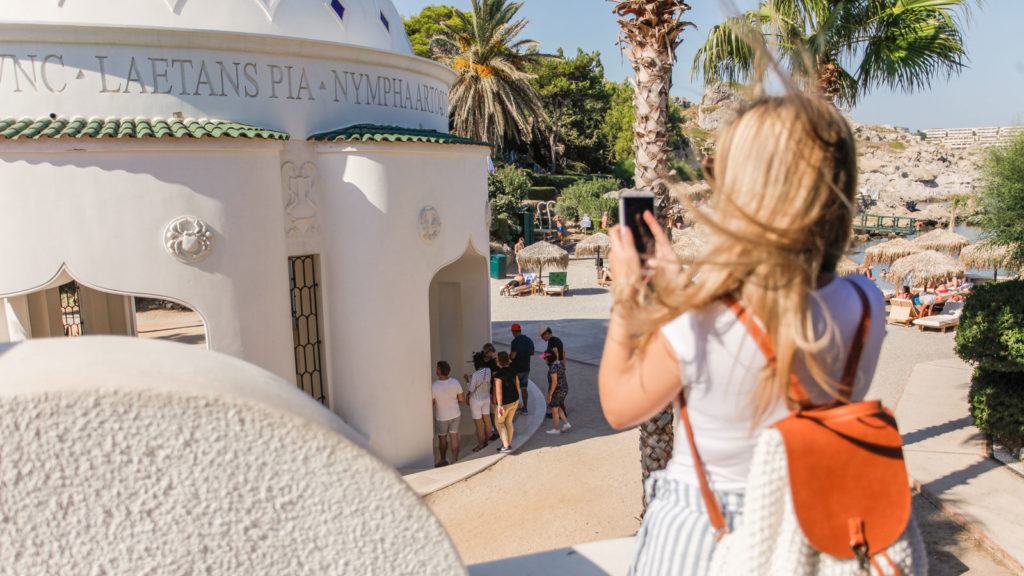 The Gastorian tour concluded with a high note, with the Executive Chefs of the Sheraton Rhodes Resort and the Hotel Grande Bretagne in Athens, Nikos Zervos and Asterios Koustoudis, welcoming the group at Thea Restaurant, for a dinner with dishes inspired by local Aegean cuisine, specially prepared for this very occasion. The top chefs meeting was taking place within the celebrations of the European Region of Gastronomy – South Aegean 2019. 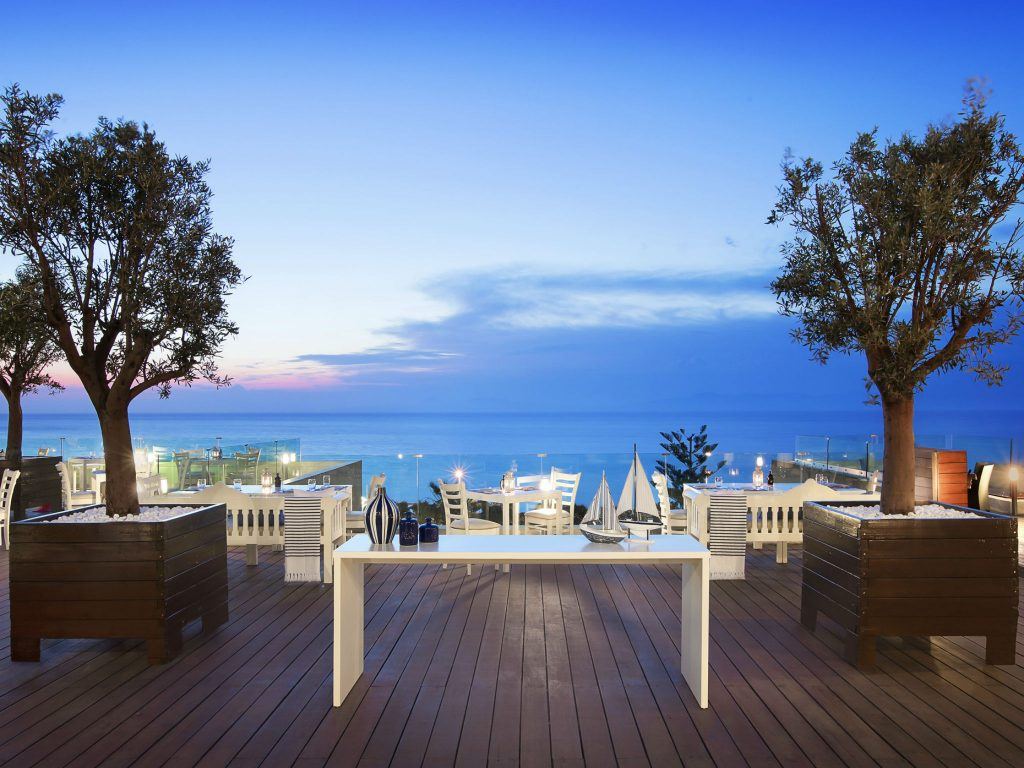