Revealing the secrets of the historic crockery at Hotel Grande Bretagne

Hotel Grande Bretagne opened its… hutches and guides us through its’ historical dinnerware and cutlery sets. They have passed wars, liberation, historic moments, were seen and used by famous people. Ornate porcelain from the best European factories, blown glasses from reputed craftsmen, silver and golden cutlery… Dozens of elaborate, elegant crockery, wrote their own story, counting for almost half a century. They decorated royal wedding tables, preeminent businessmen and famous artists ate with them. 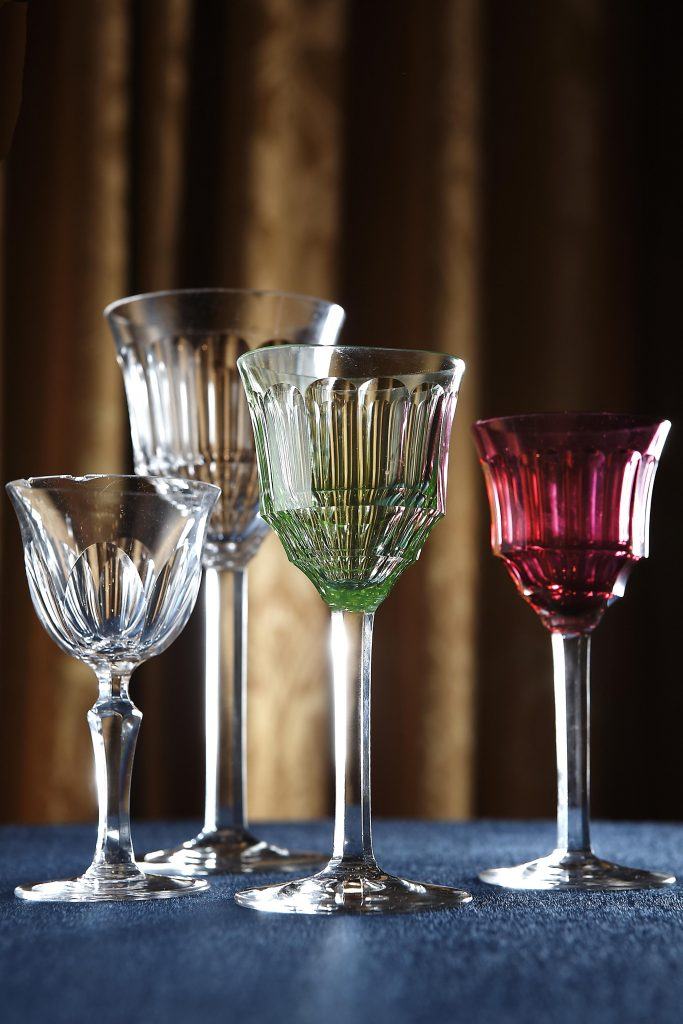 Crystal glasses with painted base

The hotel ordered the refined selection of colored crystal glasses in the early 20th century. These glasses also decorated the festive tables at one of the most elegant events – ‘The Almond Ball’. Formal wear, tuxedos, haute couture dresses and all the high society of Athens swirled with a crystal clear glass in hand. 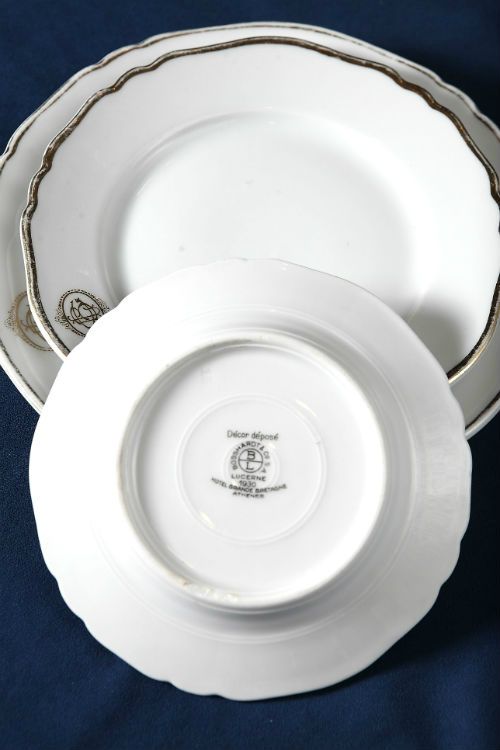 A small mark on the back side of a full crockery for 40-50 people, reveals a Swiss laboratory. A dinnerware era between the wars, which was certainly used for evening parties of the emerging bourgeois Greek class at the time, but also for the political dinners of an era with intensive political turmoil. 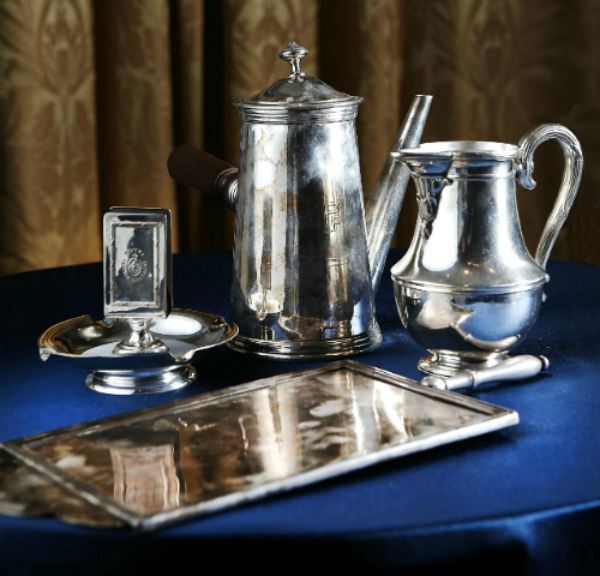 A unique selection of glassware was made for the wedding of King Paul and Queen Frederica. The logo of Hotel Grande Bretagne is hand carved and the set consisted of wine and water glasses, liqueur and brandy glasses. The engraving reads «Grande Bretagne Lampsa Athenes», as the hotel’s owner Efstathios Lampsas, was the one who managed to showcase the Hotel Grande Bretagne as the most luxurious hotel in Southeast Europe.

One of the most treasured selections is a complete gold dinnerware for 48 people, with beautiful carving. 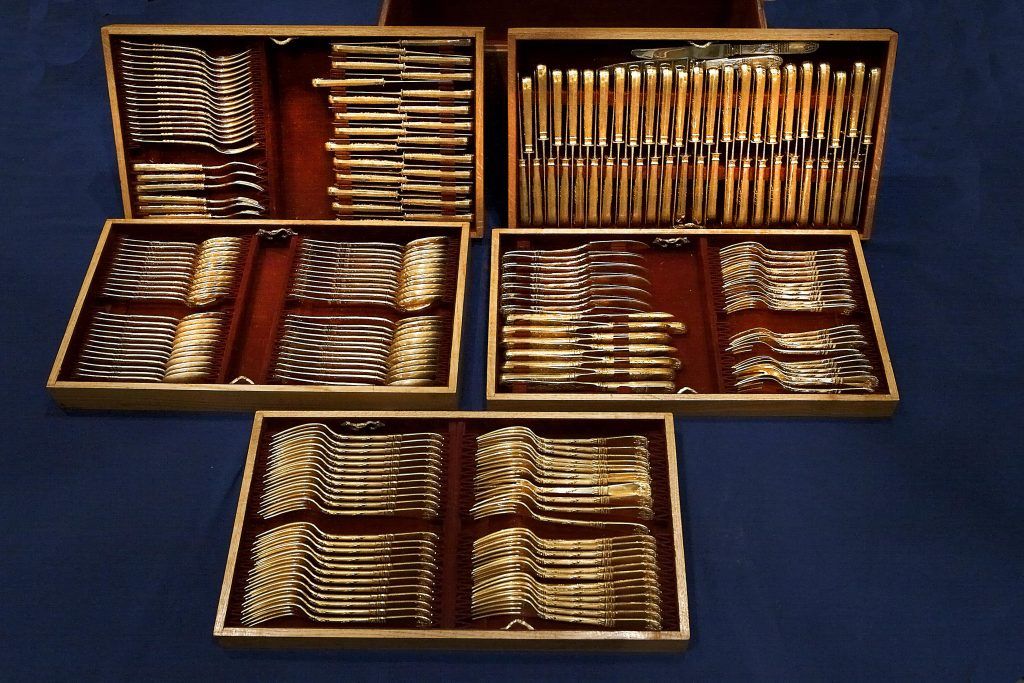 “These were brought by Efstatios Lampsas from Russia in 1917. Various stories have been heard, including that they were donated to him by Tsar Romanov… All these years they have been used only once, when an Arab had lunch at the hotel, around the year 2000” explains Mr. Gryparis, the Stewarding Manager of the hotel. 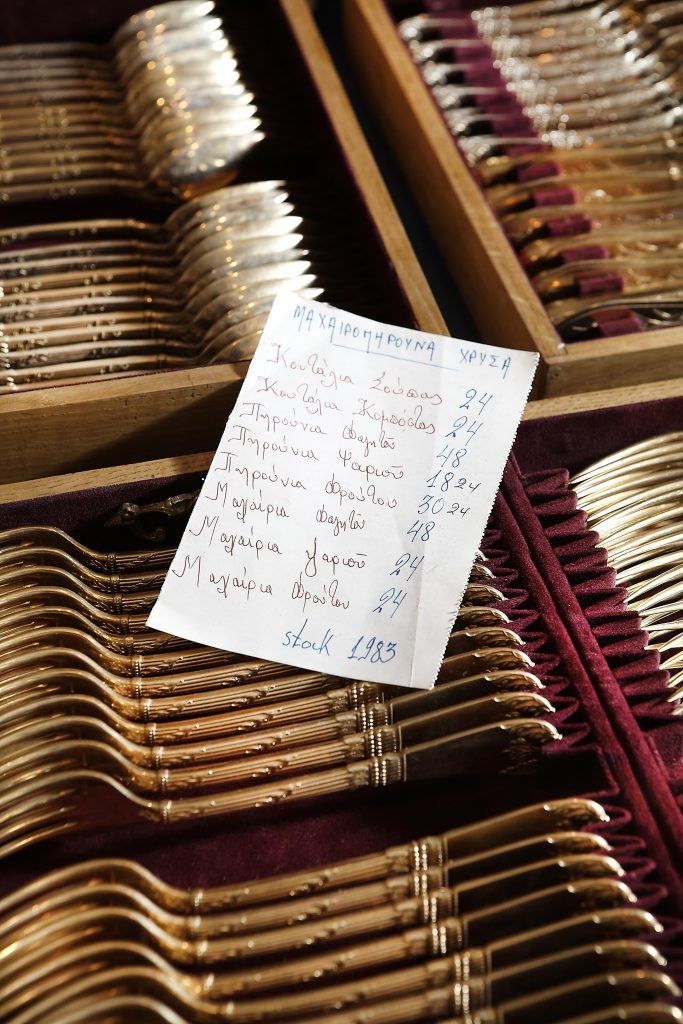 And the story of the Hotel Grande Bretagne continues, as global travelers, celebrities, politicians – local and international – visit the historical building, stay at the elegant and luxurious guest rooms and dine at its restaurants.